Your page? Unpause your account to remove this banner.

Learn more
Please send me the T.R.U.S.T method cheat sheet
The T.R.U.S.T. was designed and crafter carefully by Mark Jeffery. You can not find it elsewhere!
YES! I Deserve to WIN More Matches! 100% Secure, your application is private & confidential. We never share or sell your information. 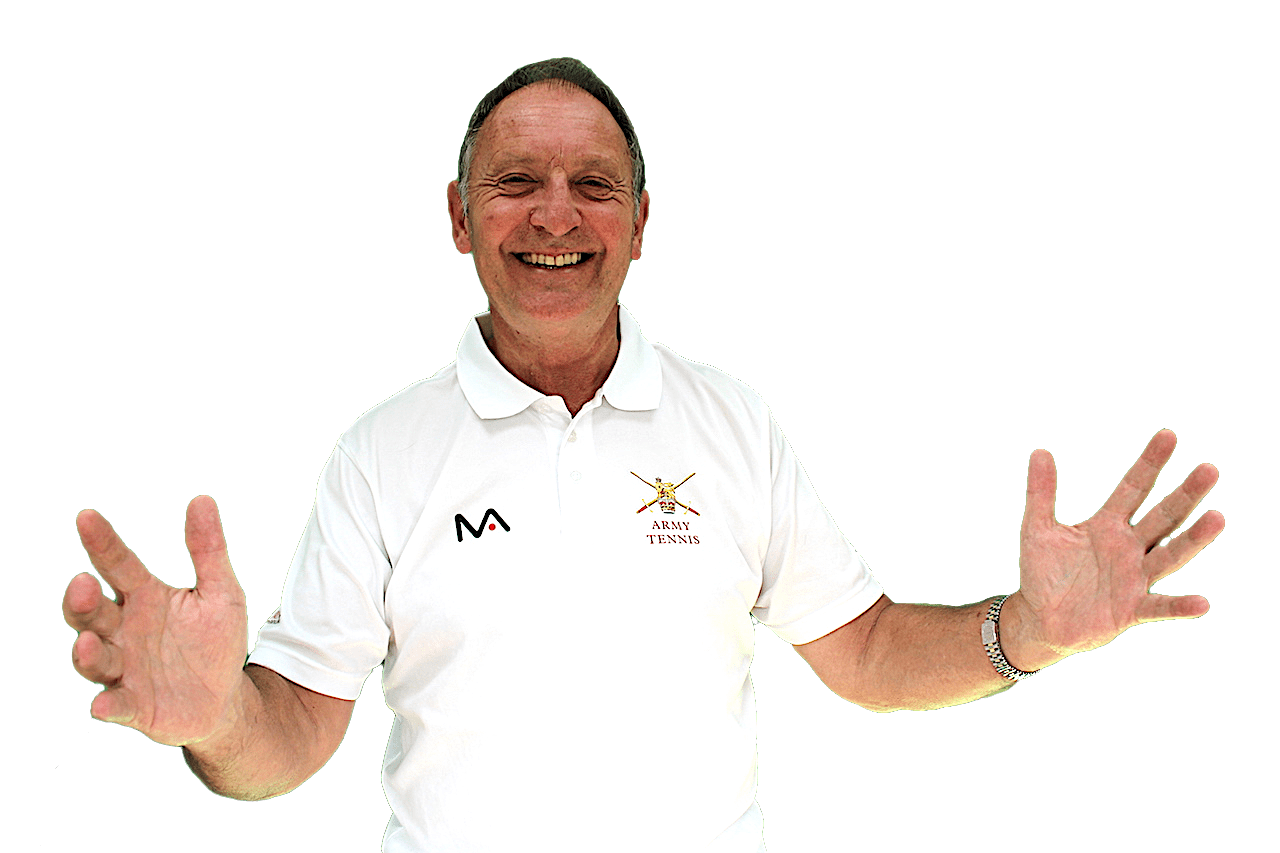 And STOP losing to players you know you should beat
Finally, a Proven Step-by-Step Training Program Guaranteed to Help You Win More Matches in 30 Days or Less --- Without
Spending Any More Time on the Practice Court
Dear Fellow Tennis Player,
Mark Jeffery here, and I'll get right to the point.

Are you tired of losing matches you should have won?
Frustrated because you lose to players you know you should have beaten?
Sick and tired of CHOKING on key points?
Look, despite what you've been told, the solution is not hitting thousands more balls --- or spending countless hours doing drills on the practice court.
In fact, that's precisely the WRONG strategy.
I should know.
You see, I’ve been playing tennis at a high standard since I was 5 years old and have won many times.
I've also lost my fair share of matches I should have have won.  One in particular sticks out in my mind.
It was Army Number 1 vs. Royal Air Force Number 1 on the famous grass courts of Wimbledon (court number 6 closest to the ivy-covered club house.
I was the underdog in my match --- I wasn’t expected to win or even come close.
But I got to 40/15 in the final set, with TWO match points.
A huge crowd had gathered. The Army cheering me on. The RAF backing their man.
I was just one point away.
I served wide, came into the net and volleyed his return deep down the middle of the court.
He had no angle, so I was just waiting at the net to finish things off.  I even had time to think about what everyone would say afterwards.
I could have volleyed it ANYWHERE in the court and won the match.
Instead, his backhand hit the net strap, and incredibly, the ball bounced over my racquet.
I imploded everywhere --- heart, mind, body.
The next few minutes were a whirl... I can’t remember one single point.
But I do remember the umpire singing out:
"Game, Set, Match, Flight... Lieutenant Peter Harding!"
The agony of that defeat has lingered for decades.  Every time I visit the grounds, I have flashbacks.  The feelings are still as raw today as they were then --- and that was 43 years ago!
Fast forward to a few years ago, I had an epiphany.

No one was teaching how to win big points under pressure... how to perform your best when it matters most.
To uncover the answers, I turned to the elite British Army Special Forces --- the world’s best at operating under pressure.  We're talking live-or-die combat situations in combat where there's no chance for replays or do-overs.
Initially I thought it would be easy to take the Special Forces training, re-purpose it, and apply it to the game of tennis.
Turns out I was wrong.  It took me years to figure it out, and I nearly quit several times.
But eventually, with the help of a world class advisory team --- including tennis coaches with international reputations, clinical sports psychologists, neuroscientists, a Kung Fu master and other experts in pressurised combat situations --- I was able to decode the Special Forces training into a program exclusively for tennis.
Then I put it to test with my students.
The results? 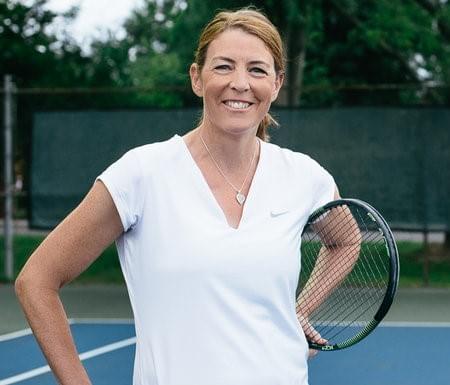 Dr Erin Boynton - Toronto
"Transformation is Nearly Miraculous"
Mark, I was the first member of your first online course. Just one week after the course I had my first personal breakthrough in getting through to the finals of both the singles and the doubles of the Canadian +55 …and won them both.  On my 57th birthday as well.  The happiest day ever!

Since then, this year I became a finalist in both the singles and the doubles in two ITF Level 1 Championships in Europe ( the highest level of amateur tennis) and proud to Captain my country at the World Team Championships in Miami.
This transformation is nearly miraculous.  Doesn’t often happen in tennis.  Thank you. 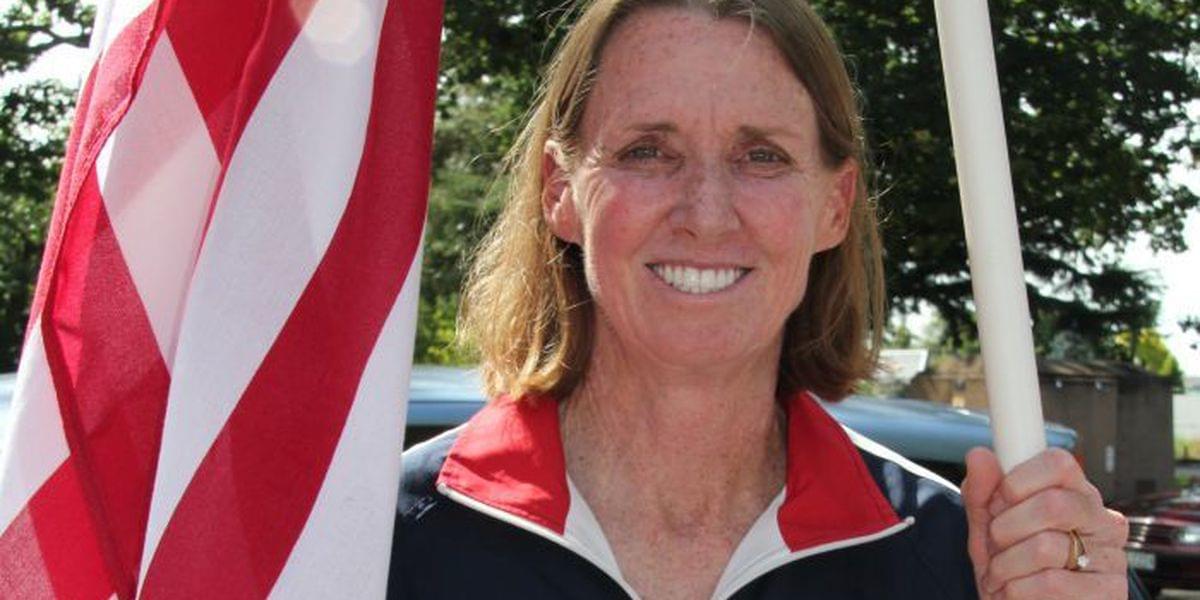 Kathy Vick - Lubbock, TX
"I Would Get Close to a Breakthrough... but
Always Fell Short"
I’ve been playing tennis at a high level for around forty years. Selected to play for USA for many years, have won 14 national titles, coached at every level and now Director of Coaching at the leading country club in Bullock, Texas.
Invariably I would get close to a breakthrough in the very top echelons but always fell short.
Having identified and nailed my lie of a story ... as you said, it was so close and had been with me for soooo long I thought it was me!  This would have been funny if it hadn’t swallowed up much of my tennis life.
I feel like for the first time in my tennis life I really have a game plan and don't have to keep changing the game plan. Such clarity; it is a beautiful thing. 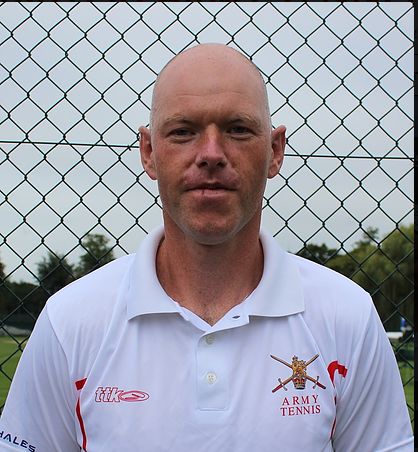 Corporal Dave Perry, British Army
"My Rise Up the Rankings has been Meteoric"
Your Big Point Player doubles method gave me a number of amazing insights. The statistics on where and how points are won on the doubles court were an eye opener. The implications mean that where we stand, where we move, how we operate as a doubles team is counter to everything most of us have been taught or learnt on court.
The end result is a simple strategy with a series of one- two executional combinations. Combined with the mental training, execution under simulated pressure training has meant that my rise up the rankings has been meteoric.
In three short years, going from an average Army ‘B’ squad player, through to representing the Army as an ‘A’ squad player..and then the combined services of Navy, Army and RAF and lately to playing alongside a former British Davis Cup player as Number 1 pair for my county.
This level of improvement rarely happens in tennis. I have now set my sights in three years’ time on being selected for Great Britain +40’s. 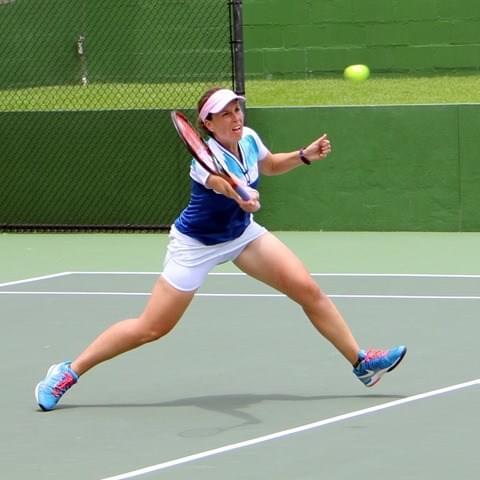 Athena Cajas - Austin, TX
"Won the Tourney for the
3rd Time"
I WON THE TOURNEY FOR THE 3RD TIME JUST LIKE YOU SUGGESTED!!!!!!
Austin National Champs +55 ITF Level 2.  I am fit and technically very competent but a complete baby in terms of training how to win particularly under pressure. I am soaking it all up like a sponge.
Have pages and pages of notes!  Thanks 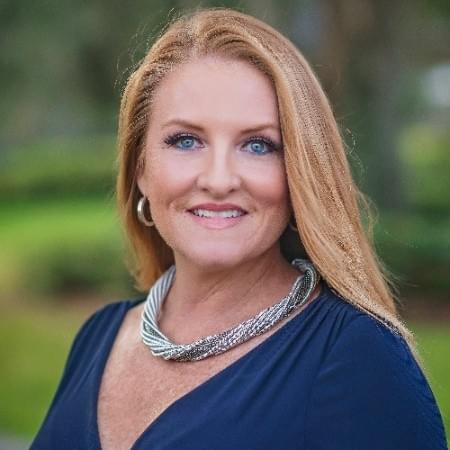 Hi! Mark Jeffery here, Army Tennis Champion and former HM Forces Army Officer.
Big Point Player training is a proven, replicable, formula that ANYONE, ANYWHERE, ANY AGE, ANY ABILITY LEVEL could learn and apply, thereby not having go through the years, decades, of painful, narrow loss that I did.
Check which of the following apply to YOU:

I play better in practice than I do in matches.
I'm often the more talented and powerful player on the court --- but lose to those who just get the ball back.
I tense up on key points, feel tightness in my chest and stiffness in my muscles... and end up blowing easy shots.
I don't trust my game when the pressure comes on, start over analysing and say to myself, "Uh oh, here we go again".
​Out of nowhere and for no reason, I start missing shots, lose confidence and get down on myself.
I can run all day, get the ball back in court, but can never get deep into tournaments​.
I've gotten fitter and improved my hitting technique, but I'm still losing to the same people I've always lost to.
I tend to play one shot at a time... react... improvise... and hope for the best.
​I know I should win more often than I do and haven't achieved my true potential and ambitions.
Let me tell you something:
It's NOT your fault.
The reason why you're losing close matches is simple:
You don't understand what 'pressure' is and why it invades your mind, body and soul, and...
You haven't trained your 'SELF' under simulated pressure --- and haven't developed the rituals, processes, and shot combinations that automatically kick in.
That's the secret behind Big Point Player training.
Once you go through the program, you'll have a game you can trust under pressure.
That's why trained Big Point Players often move up an entire level or two… and sometimes three.
Here's more student feedback:
So if you're ready to raise your game a level or two, I encourage you to do yourself a favor and join the One Point Away 30-Day Challenge.
You will NOT find training like this anywhere else.
Yes, Mark!  I'm ready to become a Big Point Player.
I want to learn how to win big points and big matches under pressure.
I understand I will get online access to the Big Point Player 30-day training program.
I will receive over 10 hours of step-by-step training videos that I can watch on-demand from my computer, laptop, or phone.
Plus, once-a-week, I'll be invited to a private live coaching webinar where you will review the key points from each lesson and answer any questions I have.
Personally, I'm willing to dedicate 60 minutes of highly purposeful ON COURT training per week.
At the end of 30 days, if I'm not winning more matches against my peer group, I'm entitled to receive a full refund.
Start Winning More Matches in 30 Days Join the One Point Away Challenge
Big Point Player - All Rights Reserved